As a mindfulness teacher, I have worked with small groups and individuals to help them learn and sustain a mindfulness practice.  I am a firm believer in the benefits of this practice.  This belief comes from my personal experience – which you can read here.

My Journey to Mindfulness 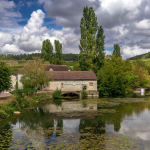 Twenty years ago, I was a professor at a major university who also traveled the world consulting for major high-tech companies.  I thoroughly enjoyed my life and was engaged in my academic research, playing tennis, and learning Spanish.

Then one day I had an experience that radically changed everything. After 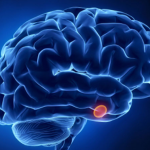 noticing a strange swishing noise in my head while living in a very quiet town in France, I visited a doctor and was diagnosed with a brain tumor.  A few months later I found myself in a hospital in Los Angeles. A year later, I was back for a follow-up surgery.

I spent the next few years trying to get back to my daily routine. Most things slowly fell into place. My job as a professor and my family life were stable and secure. While I had lost some of my prior interests such as tennis and languages, I found other activities with which I became deeply engaged, including starting an online training and events company (MarketingProfs, LLC).

Yet, while my outer life was getting back on track, my inner life had changed completely. This became apparent when I needed to see the surgeon for yearly checkups. Just making the appointments brought up anxiety I had never experienced before. The thought of doing another 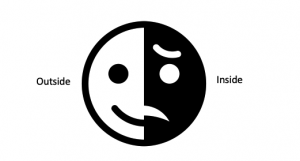 MRI and worrying that my surgeon would see that the tumor had returned were too much for me to bear. Fear and anxiety became the backdrop of my daily life. I’d never before thought of myself as anxious or fearful, but now I had become these emotions. I tried various emotion regulation strategies to put my fears out of my mind, including psychotropic drugs, distraction, and repression.

And while these strategies worked for a time, they quickly lost their ability to help me lead the life I wanted to lead. Eventually, prolonged and daily anxiety turned into depression, and I found 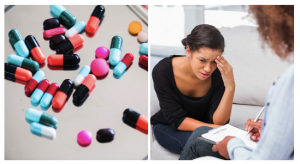 myself in a situation that is typical of many people I meet today.  To other people, I seemed happy and successful; but my inner life was mired in a thicket of difficult emotions that I couldn’t resolve or control.

Then I saw a flyer for a two-and-a-half-day mindfulness meditation retreat. 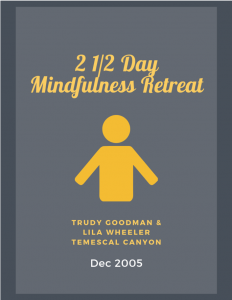 Like many people, I had tried to meditate before and, like many, I found it extremely difficult. My mind wandered so much that I couldn’t concentrate for more than 10 seconds, and then only if I was listening to music. My back bothered me as well, which made sitting still very hard.  The benefits of meditation seemed elusive, since nobody had explained to me why the practice was beneficial, aside from the Herculean task of quieting my mind. But since I found no other remedies for my condition, I decided to go to the retreat.

Afterwards, using the mindfulness practices I learned, I began a simple daily meditation practice.  Little by little, my anxiety loosened its grip and my sense of self became more fluid. I became less resistant to my emotions, and my compassion for others grew as a result.  My mind did settle down; I found periods of quiet stillness that I had never experienced before.

I also clearly saw that what and how I was feeling was not who I am.

Now, years later, I’ve taught mindfulness to thousands of students through InsightLA (where I am a senior teacher and have been given teacher authorization from Jack Kornfield and Trudy Goodman) and as the Director of Mindful USC.  I’ve  learned how different people relate to this practice.  I’ve heard their misconceptions about mindfulness, and I’ve sought a variety of analogies to explain the practice and why we practice, especially to those who come to mindfulness with a great deal of healthy skepticism.